Windows 11: Everything You Need to Know 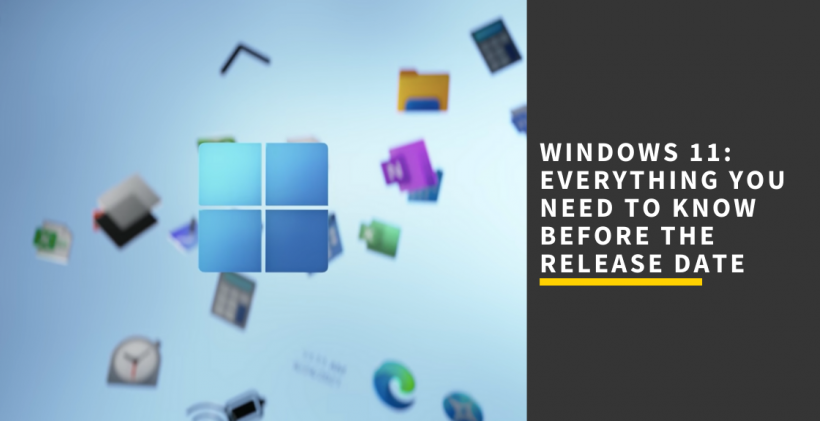 On June 24th at Microsoft’s big event, the company announced that Windows 11, will be released on 5th October 2021. They have stated that eligible devices will be notified when they can upgrade. The PC Health Check tool will be updated closer to the launch of Windows 11, so you will be able to check whether your own device is eligible to upgrade. Here’s everything we know so far about the new OS:

Windows 11 at a Glance 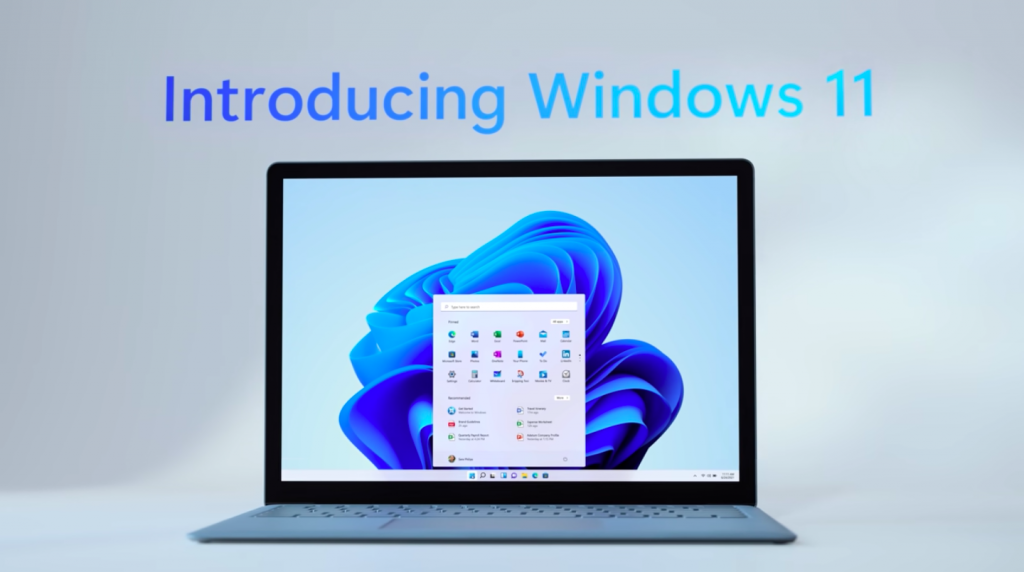 Microsoft have redesigned their interface to not only be more user friendly, but also more attractive. The start button is now placed at the bottom centre of the screen and pressing it will bring up your recent files, docs and apps. The start menu itself is now more visual, showing icons of your recent applications and a second grid of recommended documents, rather than the usual big list.

Other notable new features include rounded corners, a more streamlined taskbar as well as new colours, transitions, and light and dark modes. Windows 11 also offers a whole new selection of Widgets, powered by Microsoft Edge and AI. The widgets can be personalised depending on what you would like to see, and they can cover a portion or all of your desktop. 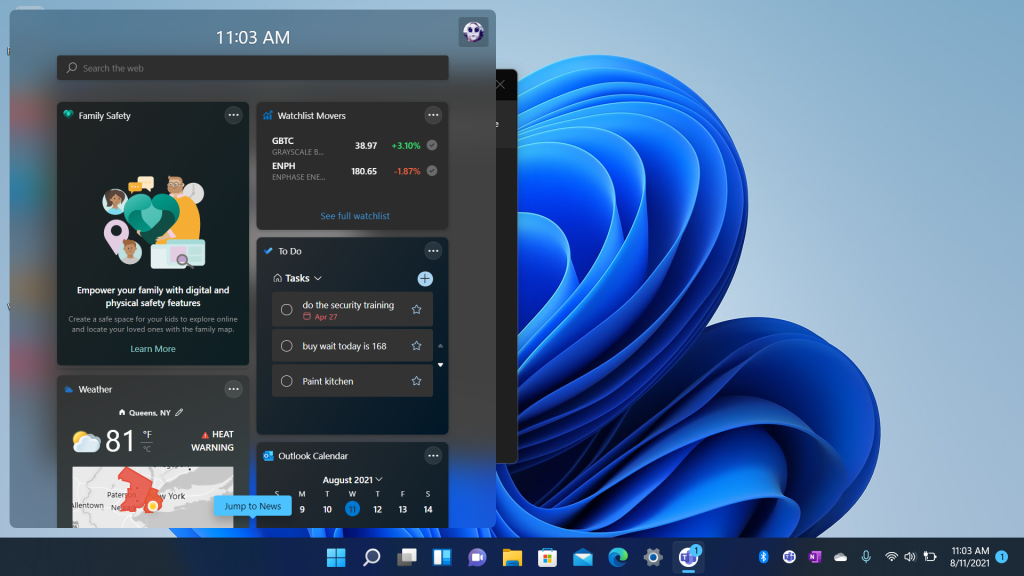 Microsoft have made various tweaks to input support, including adding more space between icons in the touchbar, increasing the size of touch targets, making it easier for users to tap the right thing. They’ve also added easier ways to move windows around, and better rotate optimisations, including how windows are rearranged, so you don’t lose track of the applications you were using.

Haptics is also being introduced to Windows 11 when you use a stylus or pen, which will allow better feedback when drawing or sketching, helping it sound and feel like you’re using an actual pen. 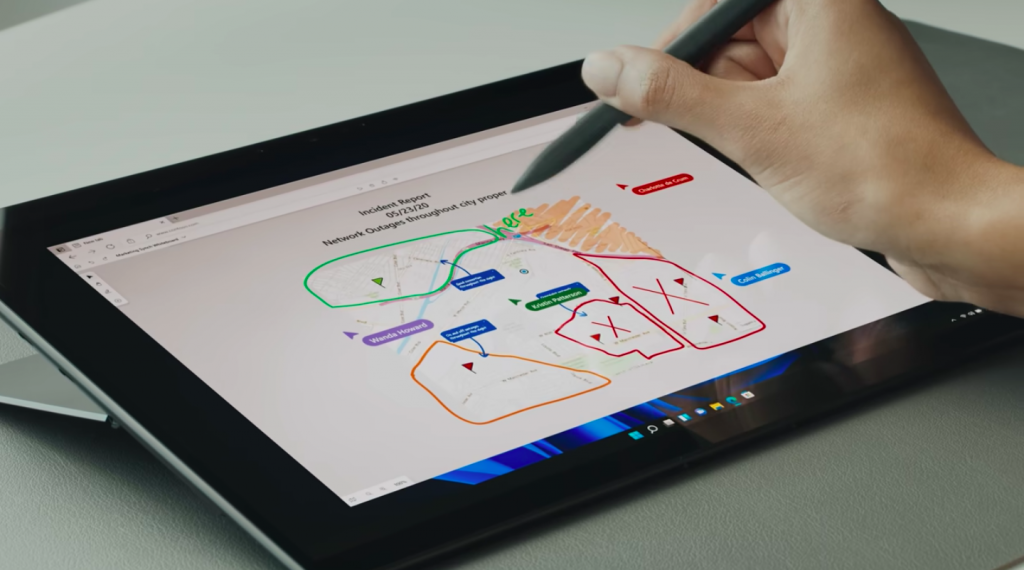 Windows 11 also features enhanced voice recognition for text input with Microsoft promising more accurate voice-to-text transcription and automatic punctuation. Voice commands are supported as well, such as “delete that” when you’re in a document.

The Microsoft Store has had a complete redesign to make it faster and easier to find the apps you’re looking for. They will also be making Android apps directly available for Windows 11 through the Amazon Appstore – Microsoft will be revealing more information on this in the coming months. 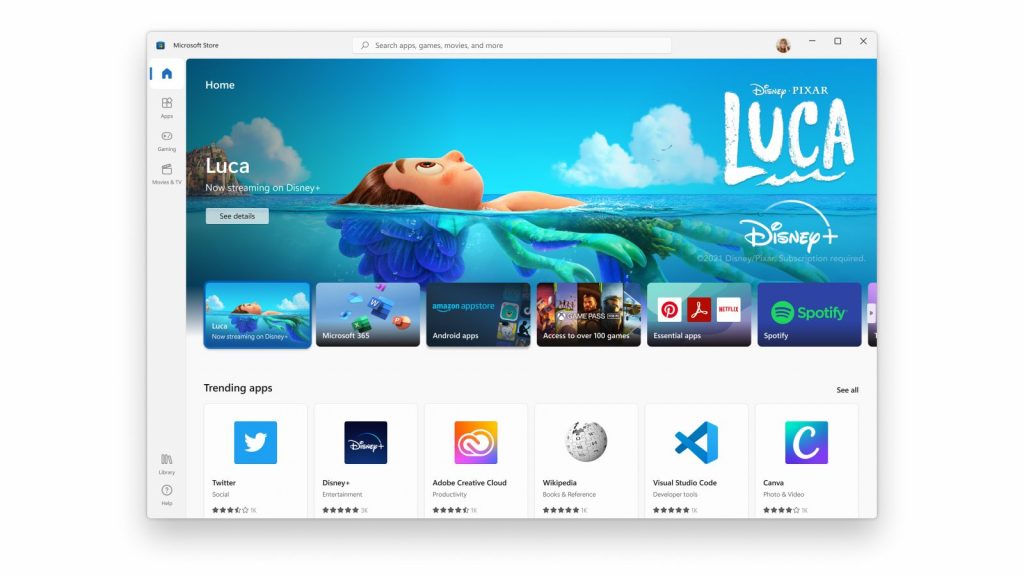 Because gaming has always been a big part of Windows, it comes as no surprise that Windows 11 will include some new features specifically aimed at improving the gaming experience.

Specifically, Windows 11 will feature Auto HDR, which will improve contrast and colour output automatically, so app developers won’t need to reconfigure their games to suit the new OS. During the launch event, Microsoft showed it off by showing a split screen of Skyrim. One half of the game appeared in SDR and the other was the new Auto ADR – the latter being much brighter and much more detailed.

In addition to this, a DirectStorage API will be available with Windows 11 to speed up loading. The Xbox Series X or Series S already feature this, so if you’ve used them, you’ll already have noticed the faster loading speeds. 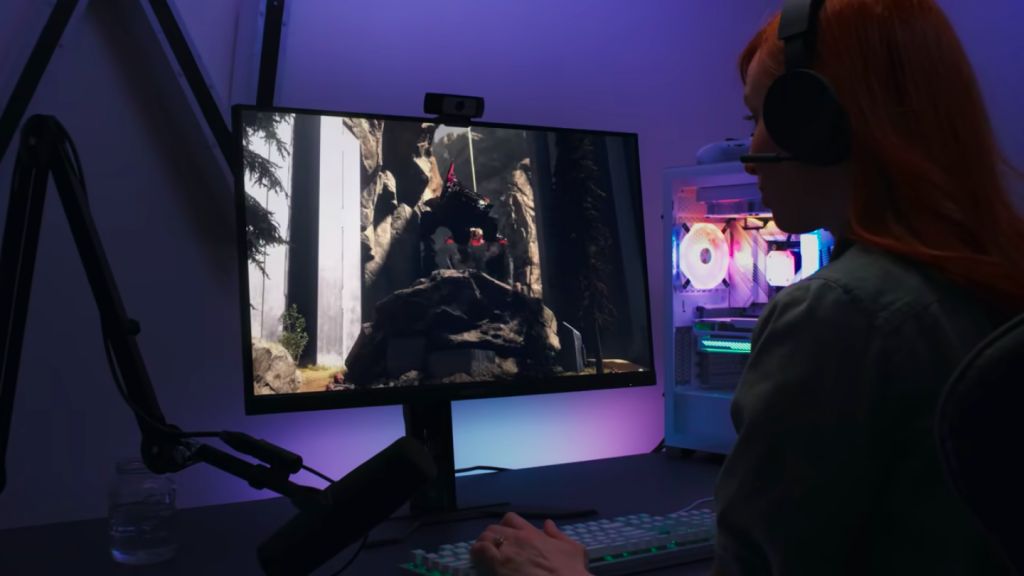 In an attempt to make the software more mainstream, Microsoft have decided to integrate Teams directly into Windows 11. You will be able to open the directly from the taskbar and instantly connect with others via call, text, or video for free. 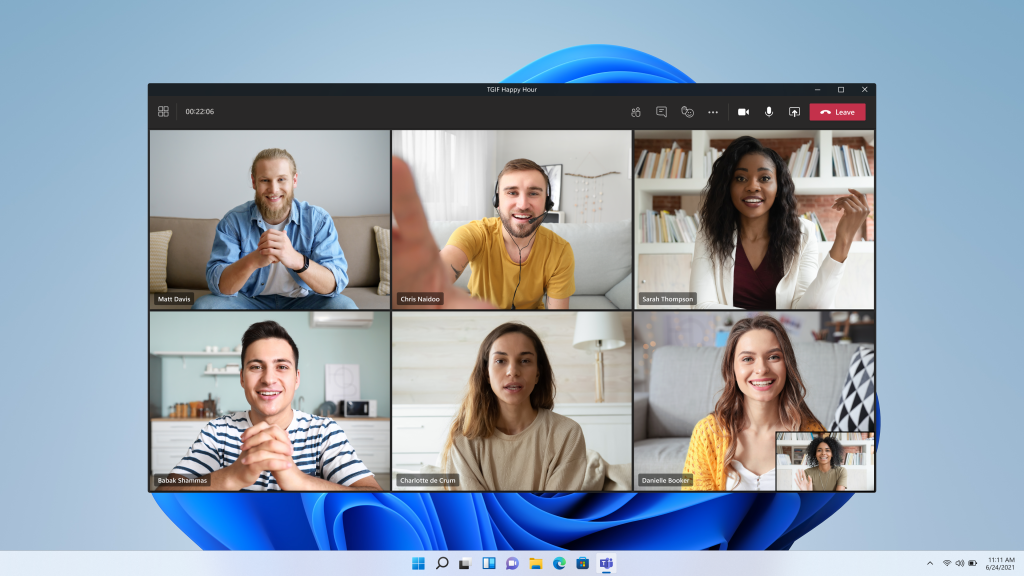 According to Microsoft, these are the system requirements for running Windows 11:

Download the PC Health Check App now to see if you’re eligible to upgrade to Windows 11. Or you can purchase a new device that is already compatible with the new OS.