The Metaverse: What Is It? Does It Already Exist? What Can We Expect?

In October 2021, Mark Zuckerberg rebranded Facebook as Meta and spent much of the Connect 2021 conference keynote discussing the concept that inspired the name. Since then, the metaverse has been difficult topic to escape from, and you’ve probably found yourself asking “what is the metaverse?”.

Although its new name implies that Meta came up with the concept, that’s not the case at all. Some people argue that the metaverse already exists, others see it as the next evolution of the internet known as Web3 or Web 3.0.

While that may be confusing, it’s because the metaverse means different things to different people. And it doesn’t help that over the years, the lines between the virtual and real world have become blurred beyond recognition.

What is the metaverse?

In a nutshell, the metaverse is an immersive network of 3-D virtual environments where people can interact with each other and digital objects as virtual representations (or avatars) of themselves.

Where did the concept come from?

The term metaverse was first coined in 1992 by sci-fi novelist Neal Stephenson’s in his novel Snow Crash to describe the virtual world in which the protagonist, Hiro Protagonist, socialises, shops and defeats real-world enemies through his avatar. The metaverse in Stephenson’s novel is accessed through personal terminals and virtual reality goggles, not too dissimilar from the Oculus Quest and other VR headsets.

Does the metaverse already exist?

The metaverse may sound familiar to you, and that’s because there are a variety of things that currently exist that could be considered ‘metaversal’. Versions the concept has been imagined in various movies like The Matrix and Ready Player One. And you will struggle to find an online platform that doesn’t allow you to create a virtual identity or collect a virtual inventory.

Many companies are investing in the idea. For instance, Vogue are planning to hold the first Metaverse Fashion Week in March and Oculus technology is already being used at UConn Health, the University of Connecticut’s medical centre in Farmington, Connecticut, to train orthopaedic surgery residents.

To some extent, yes, the metaverse does exist. But not in the scalable, continuous and connected way it could be in the future. However, there are some foundational elements already in place. The infrastructure behind today’s internet already allows massive quantities of people to gather in virtual environments, like when Fortnite hosted a VR concert featuring Travis Scott for more than 12.3 million players. 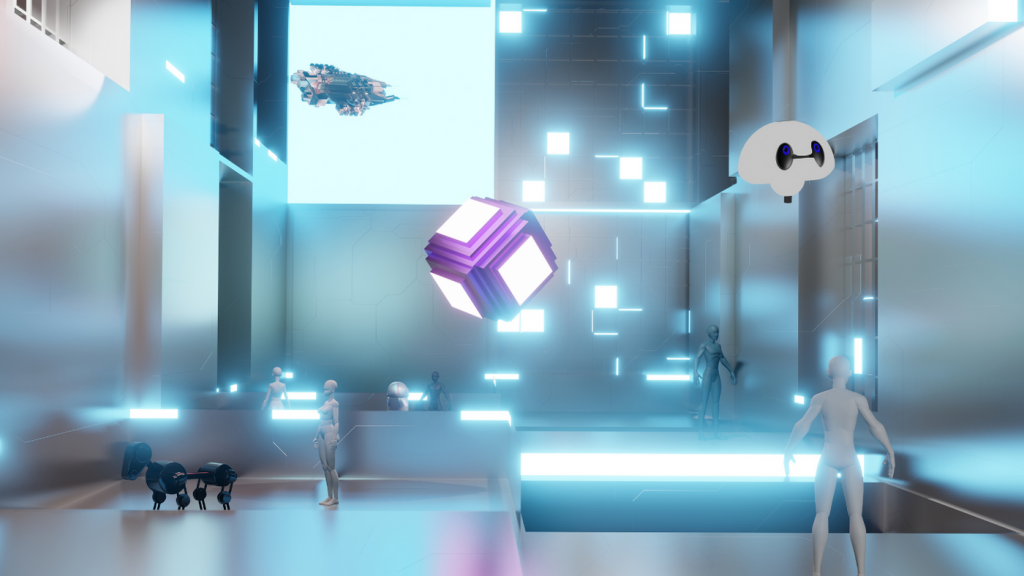 What does the future of the metaverse hold?

Meta’s vision of the metaverse includes fake houses where you can invite all your friends to hang out in, while Microsoft are working on virtual meeting rooms to train new hires or to chat remotely with co-workers.

Right now, most platforms have virtual identities, avatars, and inventories that are tied to just one platform, but a metaverse might allow you to create a persona that you can take everywhere as easily as you can copy your profile picture from one social network to another. The question is then, how long will it take before we move from various proto-metaverses toward the grand metaverse?

If you’d like to learn more about the metaverse and how it could impact your business, contact our team of experts today.