Cryptocurrency: What is it and why is it important? 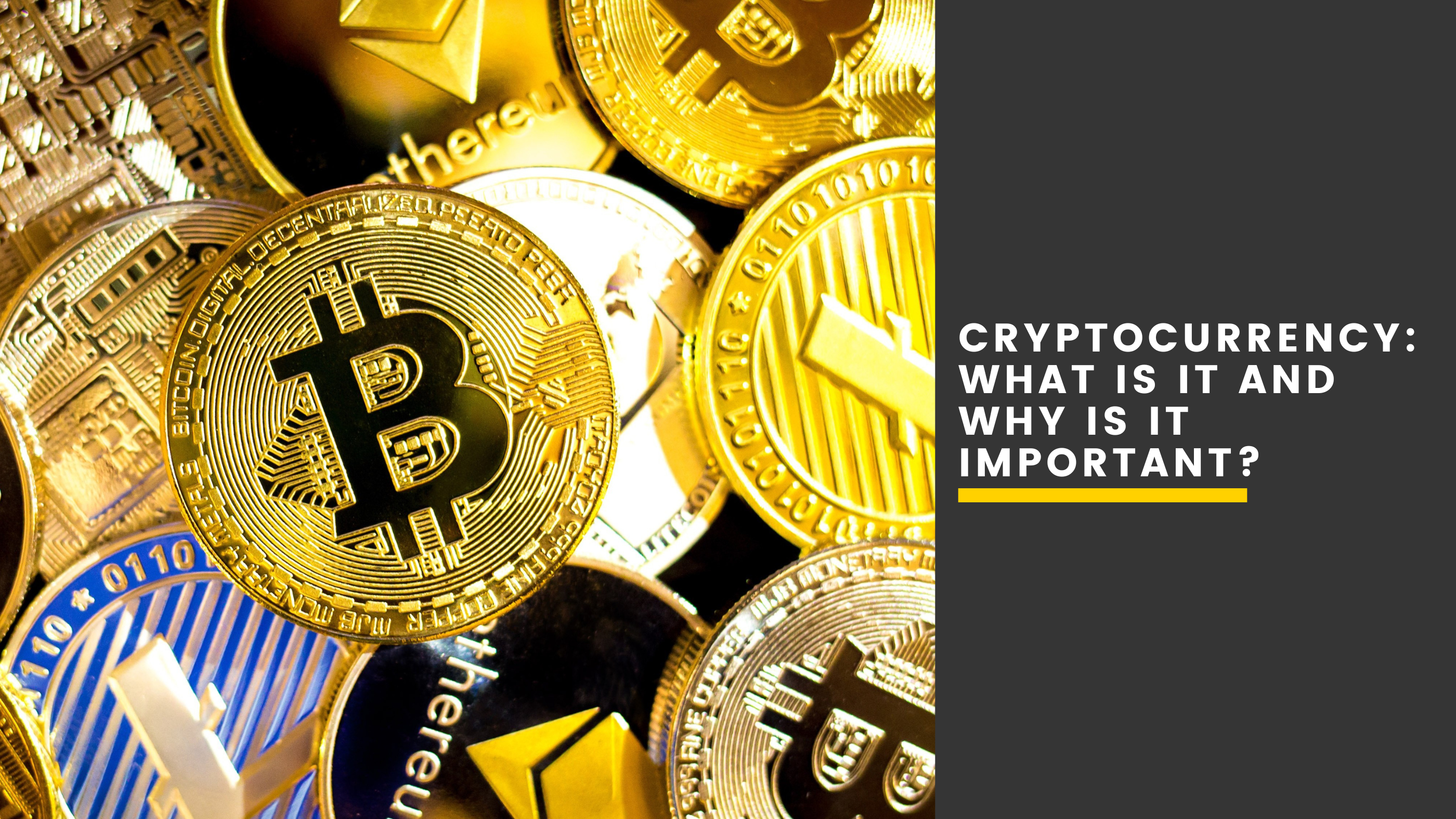 Over the last few years, you have probably heard of Bitcoin and Ethereum. You may have also heard how people have made lots of money by “mining” or “investing” in cryptocurrency. But what is it? and what is the point of cryptocurrencies?

What is a cryptocurrency?

Cryptocurrency, also known as crypto-currency or crypto, is basically any form of currency that exists digitally or virtually and uses cryptography to keep transactions secure rather than traditional banks.

Instead of using physical money in the real world, cryptocurrency payments exist purely as digital entries to an online database and are stored in digital wallets. When you transfer cryptocurrency funds, the transactions are recorded in a public ledger.

The first cryptocurrency was Bitcoin, which was founded in 2009. It remains the best known and the most commonly traded. Non-Bitcoin cryptocurrencies are collectively known as “altcoins” to distinguish them from the original.

What is the point of cryptocurrency?

The idea behind cryptocurrencies is that because transactions are public, irreversible, mostly un-hackable, and controlled by the people, users and their digital finances are more protected. It was created to fix the problems of traditional currencies by putting the power and responsibility in the currency holders’ hands.

How does it work?

Cryptocurrencies run on a distributed public ledger called blockchain. Using this technology, participants can confirm transactions without a need for a central clearing authority.

Units of cryptocurrency are created through a process called mining,. This involves using computer power to solve complicated mathematical problems that generate coins. Users can also buy the currencies from brokers, then store and spend them using cryptographic wallets.

If you own cryptocurrency, you don’t own anything tangible. What you own is a key that allows you to move a record or a unit of measure from one person to another without a trusted third party.

While Bitcoin was the first operational public cryptocurrency, it is not the only type. This will depend on how they are formulated or code design, application or use case, and other factors.

Other types of cryptocurrencies include: utility, exchange, payment, security, stablecoins, DeFi tokens, NFTs, and asset-backed tokens. These categories are based on several things, including the formulation or code, application or use case, and functioning of the cryptocurrency.

There are thousands of cryptocurrencies in addition to Bitcoin, some of the best known include:

Ethereum: Developed in 2015, Ethereum is a blockchain platform with its own cryptocurrency, called Ether (ETH) or Ethereum. It is the most popular cryptocurrency after Bitcoin.

Litecoin: This currency is most similar to bitcoin but has moved more quickly to develop new innovations, including faster payments and processes to allow more transactions.

Ripple: Founded in 2012, Ripple is a distributed ledger system that can be used to track different kinds of transactions, not just cryptocurrency. The company behind it has worked with various banks and financial institutions.

What is the future of cryptocurrency?

Although Bitcoin has been around since 2009, cryptocurrencies and applications of blockchain technology are still emerging in financial terms, and more uses are expected in the future. Transactions including bonds, stocks, and other financial assets could eventually be traded using the technology.